Chlorociboria is a widespread genus of fungi that produces very small, blue-green cups. It is also known as “green stain fungus” or the “blue-green elf cup”. The genus contains 23 species, two of which are found in North America and are generally indistinguishable to the naked eye. These two North American species are called Chlorociboria aeruginascens and C. aeruginosa. Both of the species names stem from latin and translate to “becoming blue green”… which perfectly describes these beautiful fungi!

All species of Chlorociboria create a unique pigment, not seen anywhere else in nature. This pigment is called Xylindein, and is produced both both above and below the surface. Both the fruiting bodies (cups) and the mycelium (roots, for fungi) produce this unique pigment. This gives the fungus another amazing property: staining the interior of the wood it inhabits.

Finding pieces in workable condition is difficult, and culturing your own lumber with the fungus takes a long period of time, but this hasn’t stopped artists from taking advantage of the beautiful, natural color of Chlorociboria-stained wood for centuries. One excellent example of this is an Italian artist named Fra Giovanni da Veroni, (born 1457) who used wood stained by the fungus in a style popular for the time known as Intarsia.

Chlorociboria, while saprobic (feeds off of decaying organic matter), is not considered a “true” wood rot fungi, as compared to white-rot or brown-rot Basidiomycetes. They may not even cause damage directly to the cell walls, but rather occupy space that other wood-rot fungi have previously damaged. This allows for the culture and intentional spread of the fungus to lumber for the purpose of staining it, without worrying about degrading the wood too much. Other wood-rot fungi are often introduced first, to speed up the process of the Chlorociboria colonizing the lumber. Even then, the process takes many months.

Likely one of the most walked-by fungi on the planet, this undervalued and underappreciated little beauty has grabbed me by the imagination and just won’t let go. Below is a small collection of photos for you to take a peek at. You can also take a look at my own Chlorociboria Creations, if you feel so inclined! Thank you so much for reading! 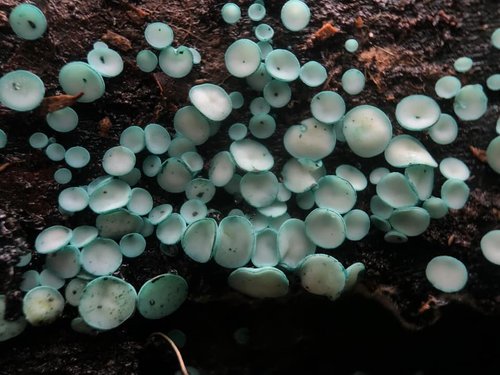 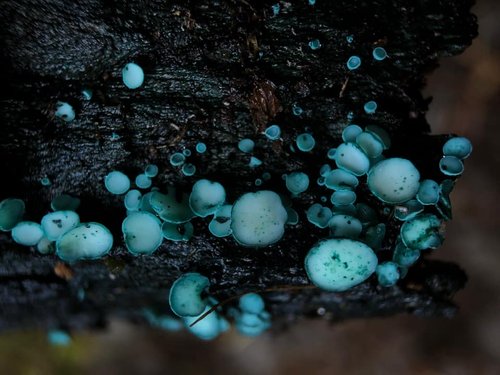 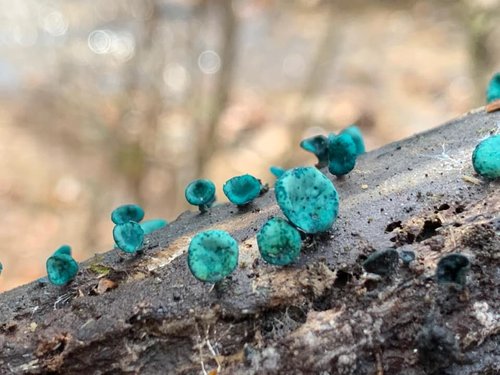 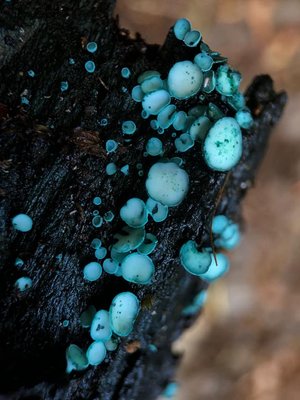 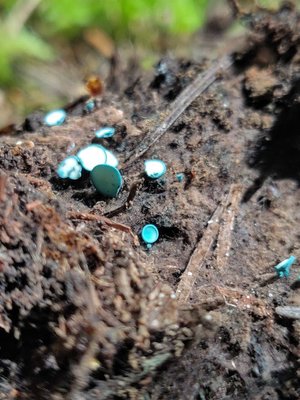 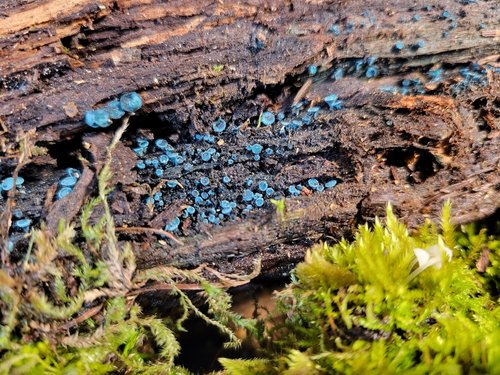 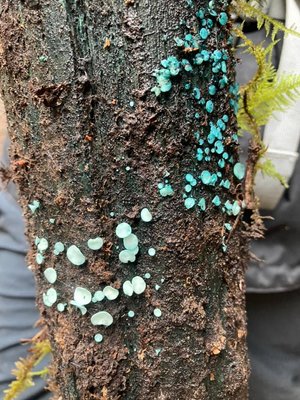 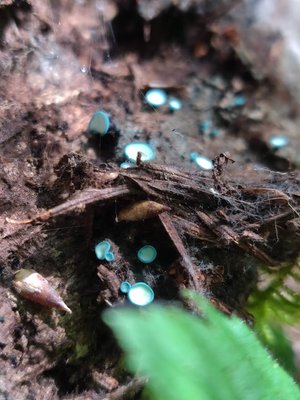 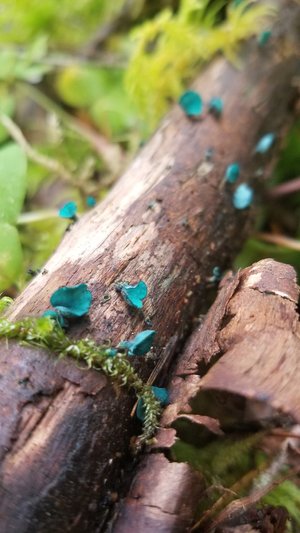 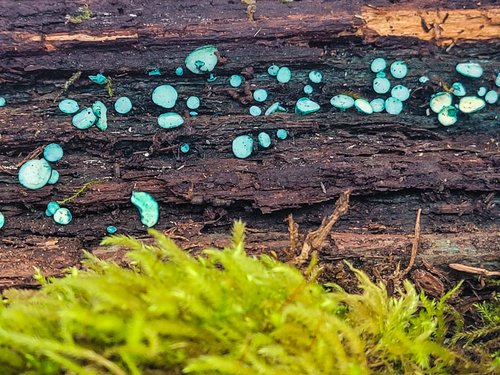 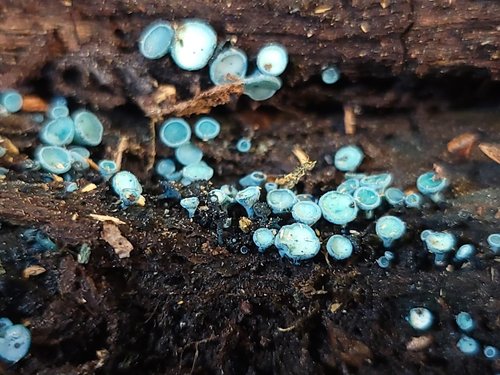